Initially, the medical institutes of India used to conduct their own medical entrance examinations for admission into courses such as MBBS, BDS, AYUSH, BVSc as well as AH.

Now, under the guidance of the Ministry of Human Resource Department, only a single entrance test is taken to secure admission into various reputed medical colleges of India such as AIIMS, PGIMER, and other institutes including government colleges, private medical institutions and state-run medical institutes.

Last year, NEET 2020 was conducted in September 2020. There were 15.97 lakh enrolments for NEET 2020 and approximately 7 lakh candidates out of the total enrolled appeared for the NEET examination

Mostly the NEET new date will be in the first week of May, to be precise on the first Sunday of May 2021 which is Sunday.

It is expected that there will be some delay in the process of NEET 2021 as schools have not been reopened as of now and also there has been a change in the regular schedule of NEET 2021 examination due to COVID’19.

There is still no official confirmation of the changes in the NEET 2021 syllabus. The updates regarding the NEET new date and the syllabus will be released on the official website.

There are many assumptions being made underlying the conduction of NEET 2021 exam including the NEET new date. The latest assumption was given by Mr. Manish Sisodia during NCERT’s 57th general council meeting.

It is being assumed that the new NEET syllabus has requested for the 50% of reduction in standard 12th  syllabus for the academic year of 2021-2022 as the schools were unable to utilize the complete classroom.

The students were not able to access the classrooms for nearly 7-8 months. Also, still the schools have not reopened. This has affected the regular study patterns and mental health of the students.

The complete information will be available on the official website of NTA – NEET (UG – 2021) as well as here as soon as the official confirmation is received and official document arrives.

The list of NEET preparation books for Physics are:

The list of NEET preparation books for Chemistry are:

The list of NEET preparation books for Biology are:

It is expected that there will be a total of 180 questions according to the previous years’ question allocations.

As per the previous examination patterns, there will be a total of 180 questions having 720 maximum marks.

The number of questions will be divided into 4 sections of PHYSICS, CHEMISTRY, BIOLOGY & BOTANY-ZOOLOGY and the duration of the test will be 3 hours.

In case of any dispute in the paper translation, the English version of the question paper will be considered

The pandemic and subsequent disruptions and chaos caused by it have pushed back the original dates and also it is assumed that there will be few changes regarding the NEET 2021 Exam. As per the previous year’s norms, NEET 2021 will also be conducted offline. If there are any changes, they will be communicated through the official notice on the website of www.ntaneet.ac.in .

It is therefore advised to the candidates to keep checking the official website for any updates.

The short summary of the subjects, questions and marks is given below:

The short summary of marking scheme of expected NEET 2021 paper is given below:

The topics conveyed by National Testing Agency (NTA) for the syllabus of previous years examination that is NEET 2020 are:

As per NEET 2020 we have syllabus on a high level as below:

The more detailed topic wise description of the syllabus as per the best books of NEET is given below.

It is to be noted that the description which is given below is according to the NEET 2020 examination. The best books of NEET though contains all the topics (the topics which were not part of NEET 2020 are also included)

UNIT I: Physical World and Measurement

UNIT V: Motion of System of Particles and Rigid Body

UNIT I: Some Basic Concepts of Chemistry

UNIT III: Classification of Elements and Periodicity in Properties

UNIT VI: General Principles and Processes of Isolation of Elements

UNIT I: Diversity in Living World

UNIT IV: Biotechnology and Its Applications

How to go on to select the best books for NEET preparation?

The selection of correct NEET preparation books is very important for all the students appearing for NEET and especially for those students who have just decided to give the NEET 2021 exam.

There is an explosion of study material and hundreds of books available for preparation of NEET 2021 in the market. Selecting the correct books is often a confusing task.

Continue reading this article to remove the confusion regarding which books are best books for NEET 2021  preparation and what to know before searching for  the “best chemistry book for NEET, best physics book for NEET,  and the best biology book for NEET!”

The first step in preparing for NEET is to understand the characteristics and nuances of NEET examination.

Knowing the analysis of previous year question papers can help in guiding the further course of preparation and also help in selecting the best books for NEET 2021 preparation.

Here are some observations divided section wise based on the previous years’ paper trends: 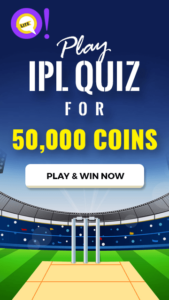